This is something I wrote nearly five years ago, and I stumbled upon it a few days ago. Well, I say that I wrote it, but reading it back after all these years I have quite another idea where those words came from. I read it again with a sense of awe and amazement. My heavenly Father was there then, and He is here now.

God keeps His promises. He does what He says He will do. If you've ever doubted it, please listen to me: I know He does.

He keeps His promises.

Did you think I didn't see?

I gave you a glimpse of your future self and I watched as you gazed with such longing at the woman that I showed you.   It was to encourage you; to give you hope. To reassure you that we have business, you and I, and I will not let you down. There will be a day when you look back and realise how far you have come. 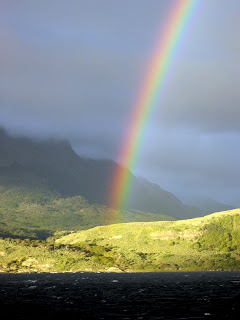 Continued over at The Association Of Christian Writers' blog, More Than Writers, where I contribute on the 23rd of each month.

The weight of the world

Good because we know the wonder that happened on that lonely hill outside Jerusalem, but I can't imagine there were many people there who thought that what was going on was good.  There might have been some, perhaps, who thought they'd got rid of you, solved a problem, but when it came down to it even the soldiers holding the hammer and nails looked and listened to you on the cross and concluded that you were something special.

Nobody has ever surpassed the Romans for devising a more excruciating manner of execution; indeed, that's where the word comes from. What a thing to be renowned for: straight roads, plumbing, torture.

Gasping for breath.  Pushing up on the nails in your feet to relieve the dislocating pressure on the shoulders and hands before sinking down again when your muscles betrayed you. Blinking blood and sweat out of your eyes, lifting your head a moment and feeling the thorns pressing into your scalp. the torn and raw skin and muscles of your back against the splintered wood of the cross.  The exhaustion and loneliness. The humiliation of nakedness in front of your mother, your friends, your enemies. And then the dark, dark emotional anguish when your isolation became complete; the Father, with whom you had always been completely in tune, was nowhere to be found.

You had the weight of the world on your shoulders at that moment and you must have been desolate. 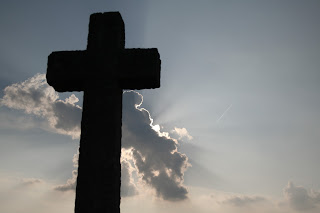 Everything that was bad, corrupt, evil or rotten was laid upon you when you became the perfect sacrifice; the sacrifice to end them all.

You hung there and asked forgiveness for the people that did that to you even as you suffered.

You were afraid - you were human. In Gethsemane you came before the Father and asked if there was another way, could there be another way? - and yet you went through with the Plan because you knew that there wasn't.

When I see a film or read a book that tells of your passion I am moved to tears. I can't stand to watch because they are torturing and murdering someone I love. And what adds another layer of awfulness is when I realise that you allowed it to happen, for my sake. You didn't have to do it; at any time you could have called in an army of angels who would have lifted you back to your throne and struck down those who hurt you. You could have called down fire and hail and razed Jerusalem to the ground but you let them drive nails through your hands and feet before they lifted you up and mocked you. You chose to go through with it.

Lord, never let me reach a place where those scenes don't move me. I never want to feel that it is not the world-changing thing that it is. I never want it to be familiar, routine.  I want to hold this feeling of awe and wonder - and horror - in my heart forever.

You died for me. You loved me so much that long before I even turned to you, you thought me worthwhile enough to die for.


'Can a mother forget the baby at her breast
and have no compassion on the child she has borne?
Though she may forget
I will not forget you.
See, I have engraved you on the palms of my hands'.

My name is on the palms of your hands. They were pierced by nails and bled because of it.

I give you my tears and my wonder and my awe and my love. My guilt I don't have to give you because you lifted it from me on the day that you died. It was heavy, I know, but you are strong.

My God, you did that for me.