Well, this is a bit of a departure for me for several reasons.

I remember Grubby Harry. As I was growing up Harry was a figure of fun, an eccentric behind dirty twitching curtains at no.6. The neighbours grumbled that Harry’s house let down the rest of the street – his fence was rotten, the lawn overgrown, paintwork dull and peeling.

Years ago, Harry told stories.  The local kids would call in at no.6 on their way home from school and he would give them chocolate and tell stories – spooky stories, sad stories, exciting stories.  Then, as people’s awareness of the evils of the world grew, they stopped the kids from coming.  He was a lonely single man. Wariness developed into suspicion, and suspicion into assumption.

Harry retreated from a world that rejected him. He drew his curtains one day and didn’t open them again more than a crack.  This was to foil the snipers on the roof of number 7. 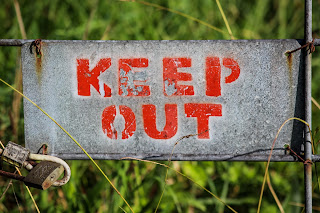 Harry the Hermit sealed up the letterbox with masking tape after local lads put a firecracker through his door.  When the postman came, as he did, once in a while, you might see the door open as far as the short chain would allow, a hand would snatch the envelopes and slam the door with a rattle of deadlocks.

Mad Harry unplugged the telephone in case they were listening. He crept about in the dark in case the lights revealed his location. He sat close by the television, notebook and pencil in hand, determined not to miss the hidden messages.

He’d been dead for a week or so before the postman raised the alarm.  Paramedics broke in through the front window.  Unkempt and emaciated, Smelly Harry sat at the table with a mass of wires and switches in front of him.  The bomb squad was called and the area evacuated, but it turned out Harry had died while dismantling electrical equipment. He had been checking for surveillance devices.

The drama of his demise would have pleased Harry. Many years ago his stories had topped the bestseller list. He’d written thrillers about espionage and counter-terrorism and someone in Hollywood had bought the film rights.

His was an exciting story and a sad one.

Lying in his hallway, unopened, were half a million pounds worth of royalty cheques.

Photo by Melodi2, via Morguefile
Used with permission.