A - Z Challenge - I: Inadequate

Another repost - I'm trying to tell myself that this is not cheating, that it is still a way of reconnecting with my writing, but I fear I'm kidding myself. I can't believe that I used to have so many ideas and so much time. But - maybe that makes this post altogether more relevant to Right Now as well as Then.
Maybe.
(First published as 'How to be a Small, Inadequate, Mighty Warrior').
Gideon had a word with me the other day.
I'm sure you've met Gideon. His story can be found in the Book of Judges in the Bible.
I am drawn to Gideon. He felt small and inadequate, and I know that feeling.

Judges 6:12.  God sent an angel to chat with Gideon and the first thing the angel said was, 'The Lord is with you, mighty warrior.'

At this point I imagine Gideon looked behind him, because clearly there must be a mighty warrior nearby that he hadn't noticed. He wasn't feeling very mighty, or warrior-like; he was feeling defeated and weak and insignificant. What's more, he didn't feel particularly that God was on his side, but he rallies and very politely comes over all cynical:

'If the Lord is with us, why has all this happened to us? Where are all his wonders...?'

'Go in the strength you have and save Israel out of Midian's hand. Am I not sending you?'

What about that? The clue is in 'Am I not sending you?' If Mighty God was telling Gideon that he was equal to the task of fighting the Midianites, then he probably was. Of course, this is easy for me to say. I'm not the one hiding from these same people and wondering what on earth is going on.

"'But Lord,' Gideon asked, 'How can I save Israel? My clan is the weakest in Manasseh, and I am the least in my family.'"

You've got the wrong guy.

But God is patient and reassuring.

Or not quite like that. God tells him that he would be with him.

Time and time again Gideon asked for proof that it was God, proof that God definitely was talking to him, proof that he'd heard God correctly. Did God get impatient? No, God humours him. Did God get a bit annoyed that he kept asking for a sign? Nope. God gave him signs. 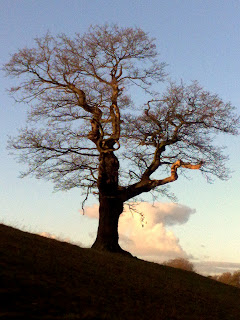 God is endlessly patient. But that isn't the whole story. Of course, there's the bit about Gideon's defeat of the Midianites, the ongoing chronicles of the people of God and the glory of the Almighty shining through humble servants, there's that. But the thing that struck me is how God stoops down to choose ordinary people to do the extraordinary. When those ordinary people have hangups ('But I'm weak! How can I do this thing for you?') or insecurities ('I am the least in my family!') He reassures and equips.

God says: I will be with you. I'm going to hold your hand.
Go in the strength you have.
God didn't make Gideon feel strong. He didn't double the size of his muscles, or give him a couple of tanks and a huge army - He simply said, 'Go in the strength you have. Am I not sending you?'If God is sending us, we'll be alright. He wanted Gideon to trust that he would be equipped when he needed equipping. Not right up front, able to see how things would play out, no surprises; to step out, just as he was, knowing that the Lord was fighting with him.God wasn't talking to the person behind him who had bigger biceps and a bit more charisma.  I don't think it's any different today.  God says to me and you, 'I am with you.'Doesn't He say to us, 'Go in the strength you have?' and, 'My power is made perfect in weakness.' (2 Cor 12:9) Doesn't He ask us to step out in faith, no knowing all the answers, with the knowledge that He is beside us and will give us what we need when we need it?Forget the woman on the other side of church who is more beautiful than I am, more confident. Forget the other folks who are publishing their books and getting great reviews. Forget the guy who writes the blog that has so many more hits than mine. God has something else up His sleeve for them that's none of my business.There is a plan just for me. God knows what He's doing when He asks someone to do something.Sounds straightforward, doesn't it?Funny how the Bible has been around so long and yet nothing changes. I compare myself with others just as Gideon did and I find myself wanting, just as he did. I wonder why I should try anything when that mean little snipy voice tells me that it's been done better by someone else already. I wonder why I should even entertain the possibility that God has a calling for me, little me, pathetic little me... just as Gideon did.I'm not saying that I am a spiritual giant of the stature of the Old Testament heroes. But what I heard as I read the story of Gideon this morning is that the Biblical Big Guns had cold feet too. Even they doubted themselves and felt small and insignificant sometimes.I so often feel ill-equipped for the task of living as God would have me live just on a day to day basis. If God has something for me to do, or say, or write, or tell people about, then I'm quite sure I'll worry about that too. Why me? How, me? And yet the answers are right here.

If the Lord God Almighty is asking, then I'm dancing. If He's sending, then I'm going. Because He also says, 'I'll be with you.'There's no safer place than where God is. Even on a battlefield (and my life sometimes feels just like a battlefield). But look what Gideon did. He defeated the Midianites, just as God said he would, even if he was from the weakest tribe, even if he was the least in his family. God was right. How 'bout that?So when I feel defeated by circumstances and inadequate and afraid, I should remember that God's power is perfect in weakness. Well, that's something I can do: if weakness is required, I can provide it!  In buckets. When I am weak, He are strong. If God is by my side, and I am hearing His voice, then I have sufficient strength for the next step. He will provide all I need.I need faith, Lord. Always more faith. Sometimes believing is hard.I need to hear the voice that told Gideon, 'Go in the strength you have. Am I not sending you?Amen, Father.
Posted by Helen at 11:06 am